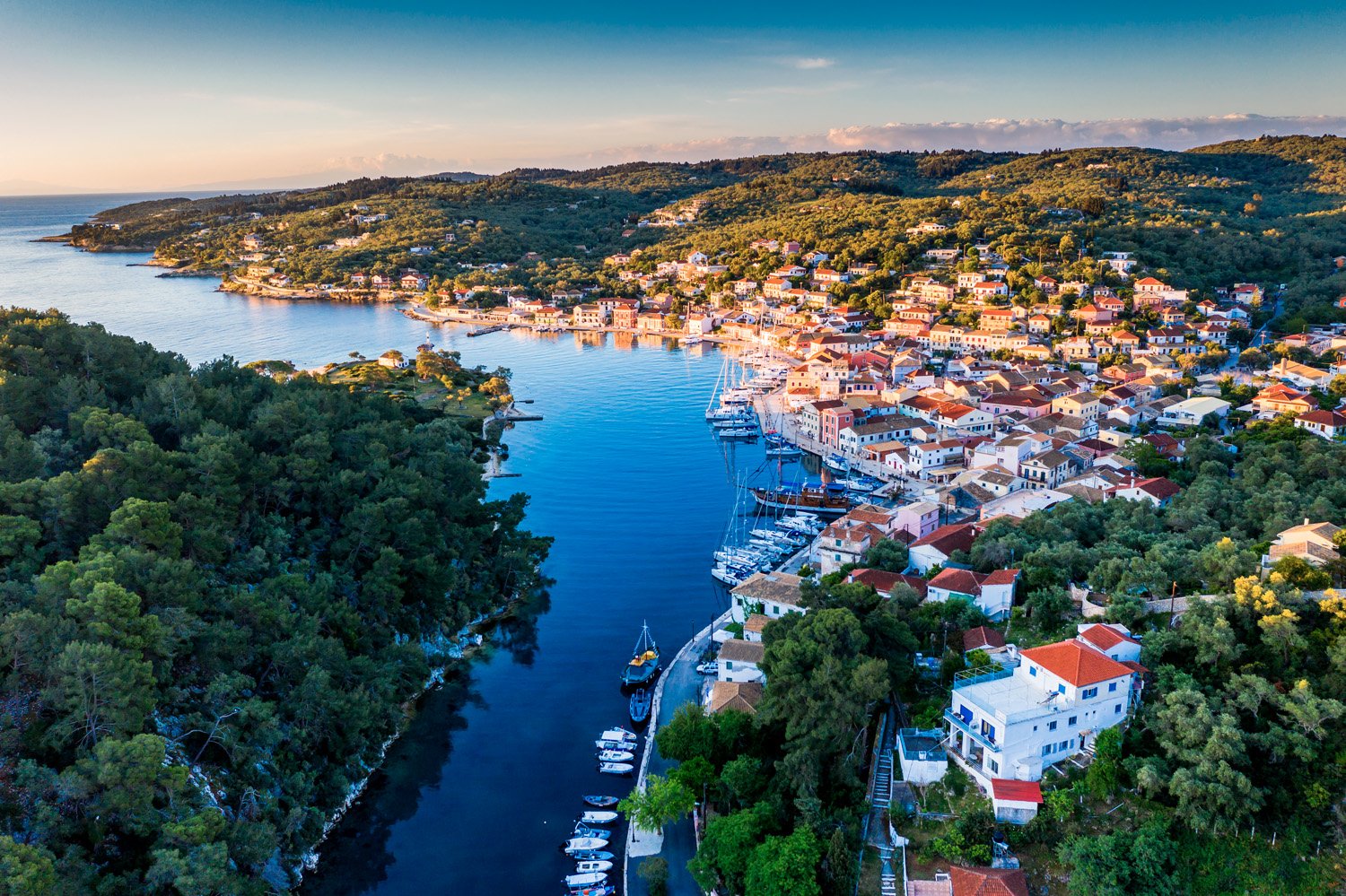 The course of the island's history runs in parallel with that of Corfu.

The course of the island’s history runs in parallel with that of Corfu, alongside whom Paxi fought against pirates and Turkish attacks and began to develop after conquering the Ionian Islands by the Venetians in 1386.

In 1453 the castle of Agios Nikolaos was built. Although today it is abandoned, it still stands like a proud guardian of the island, filling the visitor with awe and impressing in its simplicity and the imposing lines of the battlements and canons. Around the same time, a second castle that Dialetos built in Lakka in an area known as Bambaka, above the famous sandy beach of Charami, which no longer stands today due to negligence.

After that, with the island’s security ensured, attention was turned towards planting olive groves over the entire island. This marvel that no one today notices was created through a lot of sweat and toil. The island became one massive olive grove, and the little land retained around the 250,000 olive trees surrounded by dry stone walls, thousands of metres of dry stone walls. An immense stone monument and unique heritage. The 152 abandoned primitive olive presses remind the visitor of the pinnacle that the island reached and man’s labour. In 1797, after 411 years in possession of the Venetians, control of Paxi passed to the French Republic. They kept the islands for approximately two years. In 1799, after a three-month siege, Corfu was occupied by combined Russian and Turkish forces, following which the Ionian Islands Constitution of 1800 was written. The Septinsular Republic declared, which naturally included Paxi, under the suzerainty of Turkey and the protection of Russia. However, this first Greek state was short-lived, lasting only seven years.

Under the secret articles of the Treaty of Tilsit signed on 8 July 1807, the Ionian Islands were ceded to the French Empire, which kept the islands until 1814. The British blockaded the islands during this time, causing a massive food shortage, which led the Paxiots to revolt against the French in 1810. The governor, Count Dimakis Makris and Laskaris Grammatikos were killed and several others injured. The French, however, suppressed the uprising in a few days and severely punished the leaders. Seven of them were shot in Corfu Castle in 1811, many were imprisoned and others forced to flee the island. There remained the hope that the British would occupy the island quickly. This came about in 1814 when a British force under the command of Richard Church and Major Theodoros Kolokotronis occupied captured the fortress and neutralised the guards without firing a shot.

In 1817 a new constitution was signed. The United States of the Ionian Islands was proclaimed as a British protectorate governed by a British high commissioner who wielded supreme authority over the islands. Union with Greece eventually took place in 1864.

Like all the other Ionian islands that have their emblem, Paxos has the trident. God Poseidon, the sovereign of the seas, wishes to create a beautiful, peaceful island, far from the other gods and people, intending to live there with his lover Aphrodite. He struck his trident with force into the sea to the south of Corfu, and Paxoi took shape. With the blow, he, however, lost his trident. It was found later by the inhabitants of Paxos, who made it their emblem. 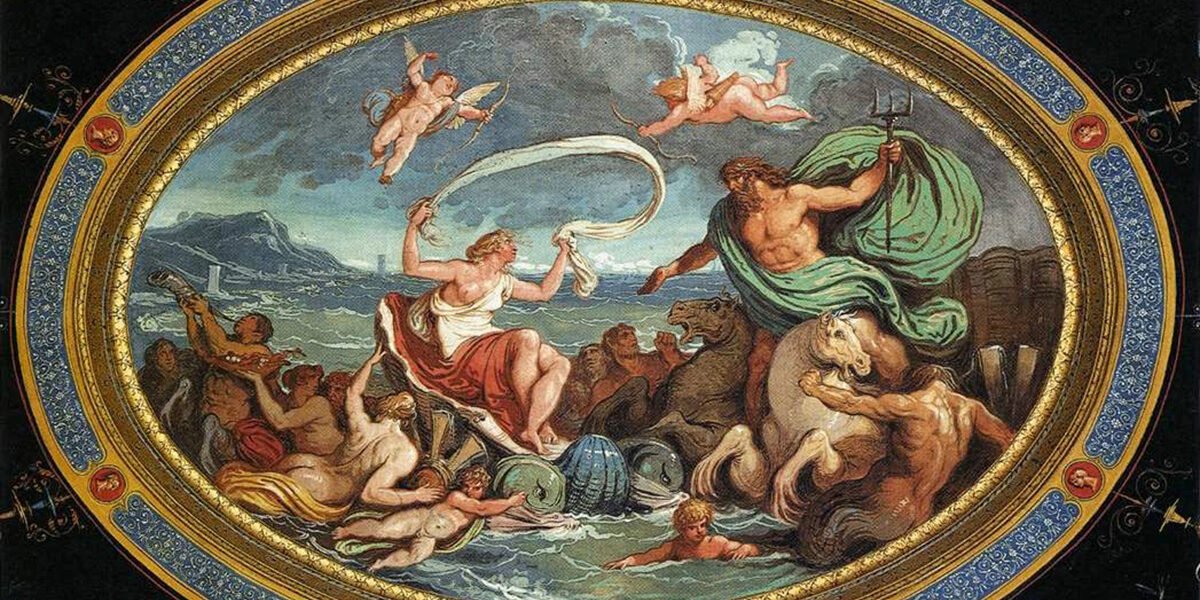 It is still said that Poseidon, sometimes tired of going from Lefkada to Corfu, decided to make a stopping place between the two islands. Striking his trident hard into the sea, the island of Paxos appeared like a fabulous sea monster from the depths of the sea. Here dolphins, seals, gulls, and other seabirds gathered and filled the place with life.

He placed his trident atop the island’s highest peak, at the tower of Agios Isauros, 250m above the sea, as a mark of his divine residence. Much later, a few shepherds gathered together and from this core, the island’s population grew.

[From the out of print book “Paxi, History, Folklore, Tradition” by Giannis Doikas].

Paxos has numerous customs. The Koulouma in Lakka, a tradition involving pagan dances and songs, has survived ancient times and the First Ressurection of Agios Giokoumo of Fountana where the pews are rythmically knocked and litanies are performed after Easter.

Legend tells that Paxos arose from the azure depths of the Ionian Sea because of Poseidon’s love for the nymph Amphitrite and the need to find a haven for their passion away from humanity. Having emerged from the crystal waters through the power of the divine couple’s love, the island has charmed visitors from antiquity until the present with its mythical beauty.

A melting pot of different civilizations over the generations, the constant interaction and interdependence with nations both near and far has created a distinct culture. Although sharing much in common with its neighbours, the island has always maintained its own cultural identity. The evidence gathered gradually over the centuries has been collected and displayed in the Museum of Paxos. Housed in the old municipal school’s preserved building dating from the early 20th century (1906), which was granted to the Cultural Association of Paxos by the local government, the museum is located on the southern side of the harbour Gaios. 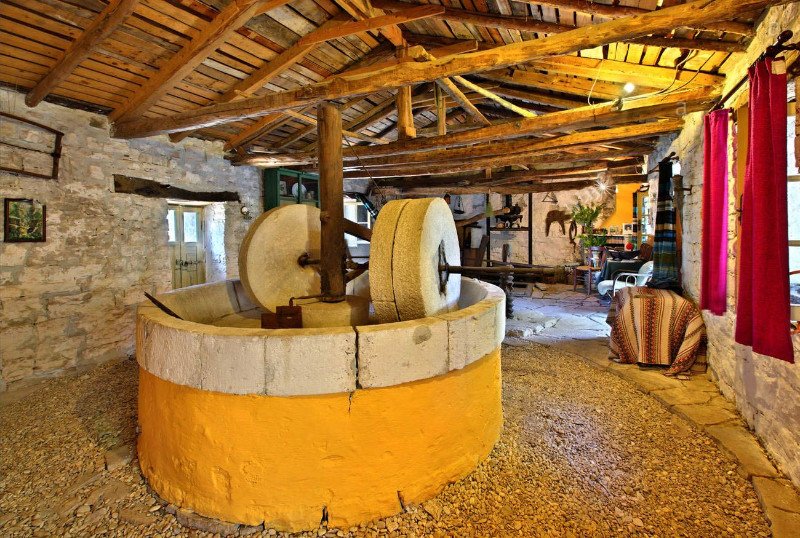 Entering the courtyard, one can see parts of old olive presses, containers for measuring oil and various stone objects used in the olive oil making process. Displayed in the first exhibition room, one can see fossils, prehistoric tools, amphorae and utensils from classical times, Venetian and more recent weapons and coins from all eras. Proceeding to the next room, the visitor can discover the way of life and comforts of ancient times, including a rich collection of clothes, a four-hundred-year-old bed, an “anapavsolia”, a device given by fathers to their daughters for use on the wedding night as well as a baby’s cradle and various other women’s items. In the kitchen, the glorious life of previous centuries is evident. On display are oil lamps, earthware dishes and scales hanging from the ceiling, along with weights in various units, including okas. Oka is an Ottoman unit equal to 1,280kg. On the walls hang copper cooking utensils. The fire is ready to be lit and the table is set waiting for the lady of the house to serve the meal.
There is a copy of the most important book ever written about Paxos in the hall. This work was written by Archduke Ludwig Salvator of Austria in 1887 and translated several years later by the Paxiot Doctor of Philosophy Anastasios Mitsialis (Datsolos). The museum was founded in 1996 by the Cultural Association of Paxos to safeguard the island’s cultural heritage and create an organisation responsible for developing it in the future. An ambitious plan developed by the municipality of Paxos to expand the existing site in the future, with the addition of a new building on the grounds, is currently being considered by the Ministry of Culture.