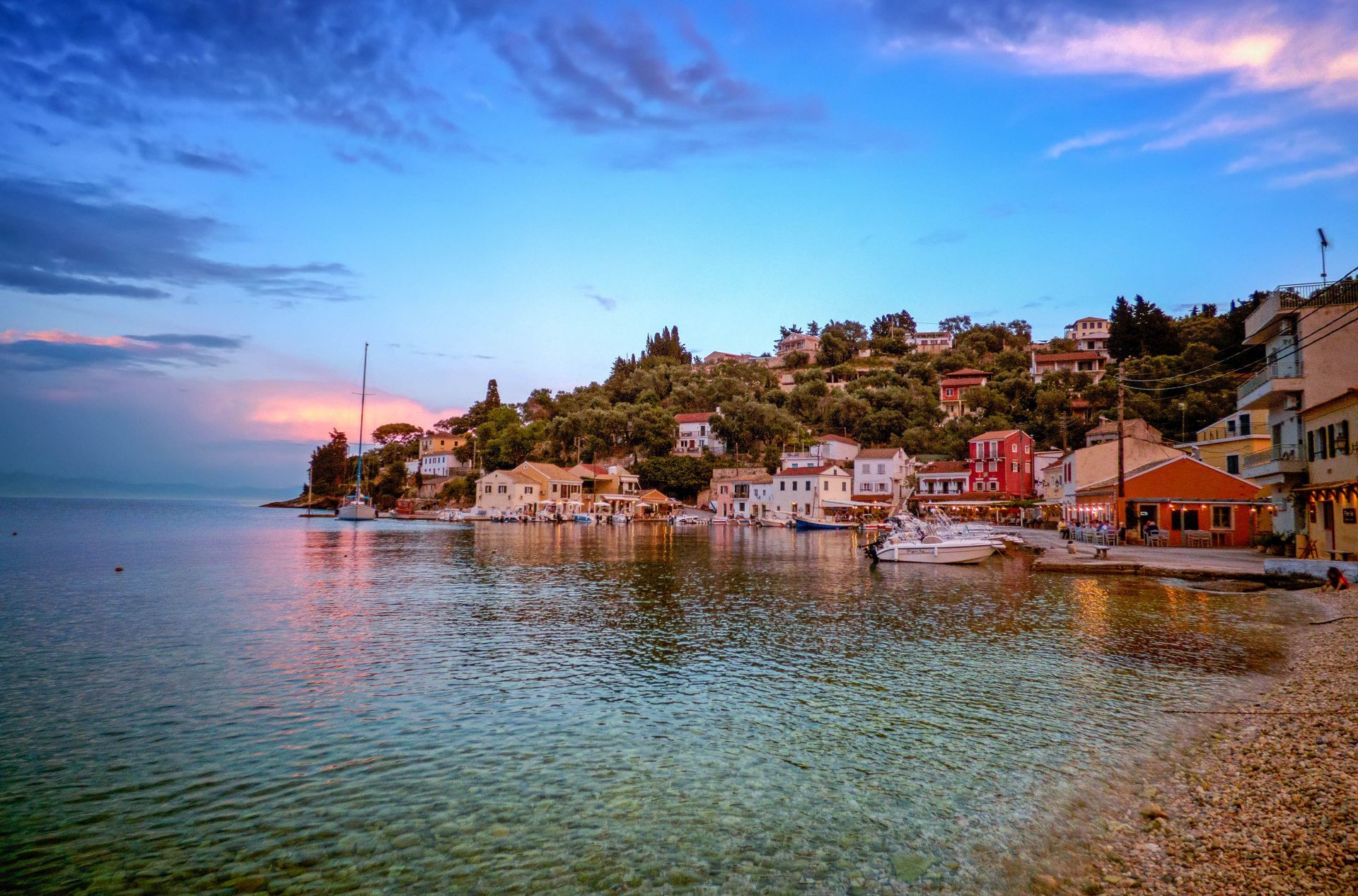 Sightseeing to visit in Paxos

It is known for its unpretentious, slow pace of life, crystal clear waters and steep chalky cliffs, and a plethora of olive groves. Paxos Island is a perfect place to spend some time in search of the traditional island way of life. 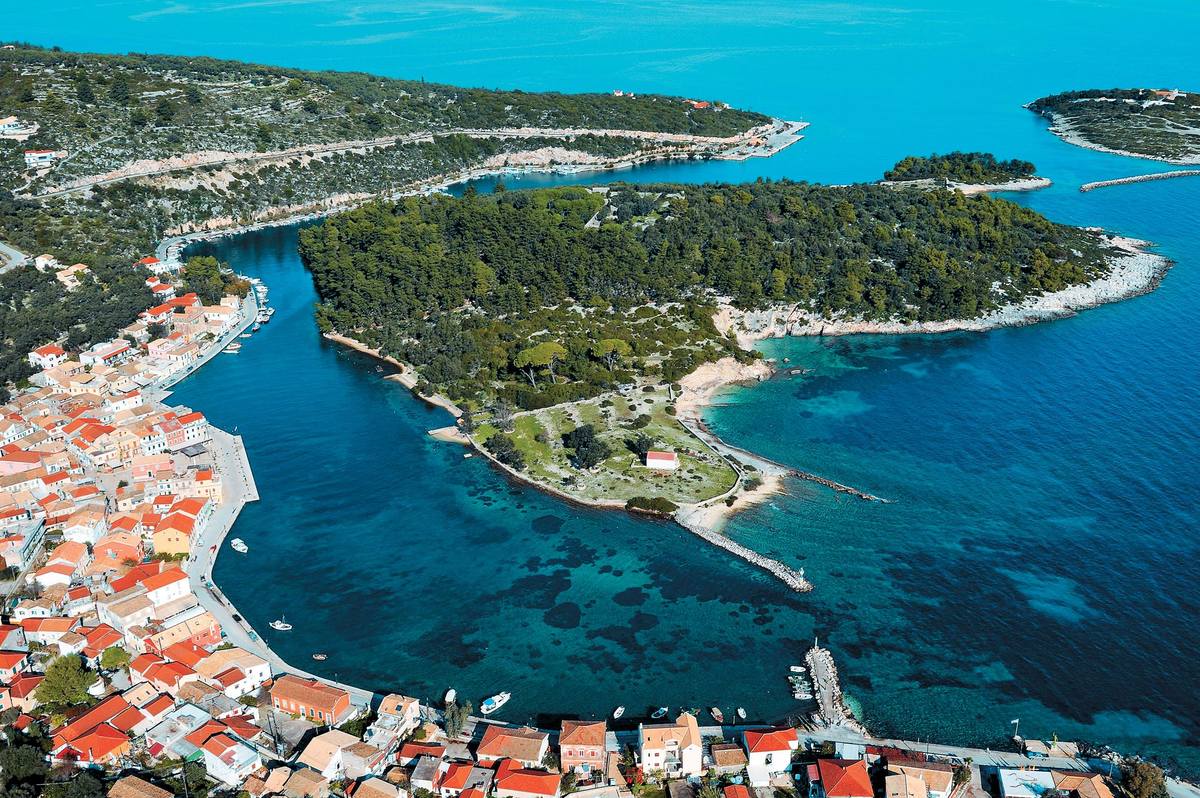 In front of the harbour of Gaios is the islet of Agios Nikolaos, which covers approximately 150 acres. Agios Nikolaos rises to a height of about 45 metres atop of which sits the castle built in 1423 after the Venetians permitted Adam II San Hippolyte to protect the inhabitants from the pirate attacks. The main gate was located on the south-eastern side of the island. After the 1810 revolt, the French relocated the entrance to the north-western side, still found today. They also modified the castle’s interior, constructing ramps to mount cannons on the walls. Its present condition is excellent. Preserved in good condition is the Venetian reservoir, slightly damaged by the British, the powder magazine, the observatory Gourdiola, the barracks, sadly lacking a roof and the canons in the bastions.
The islet was planted with trees in 1930, following the initiative of Nikos Boikos. It constitutes a beautiful natural landscape protected by the state after a long struggle by the locals. Today, permission is required from the municipal authorities to visit due to the danger of fire in the pine forest.
A program of improvements to the island and the castle has already begun. It includes the clearing of trees and thickets, the installation of a fire safety system and maintenance and repair of the castle so that it is accessible for all to enjoy the natural beauty and splendid views as
well as discovering a place that played a central part in the history of Paxos. 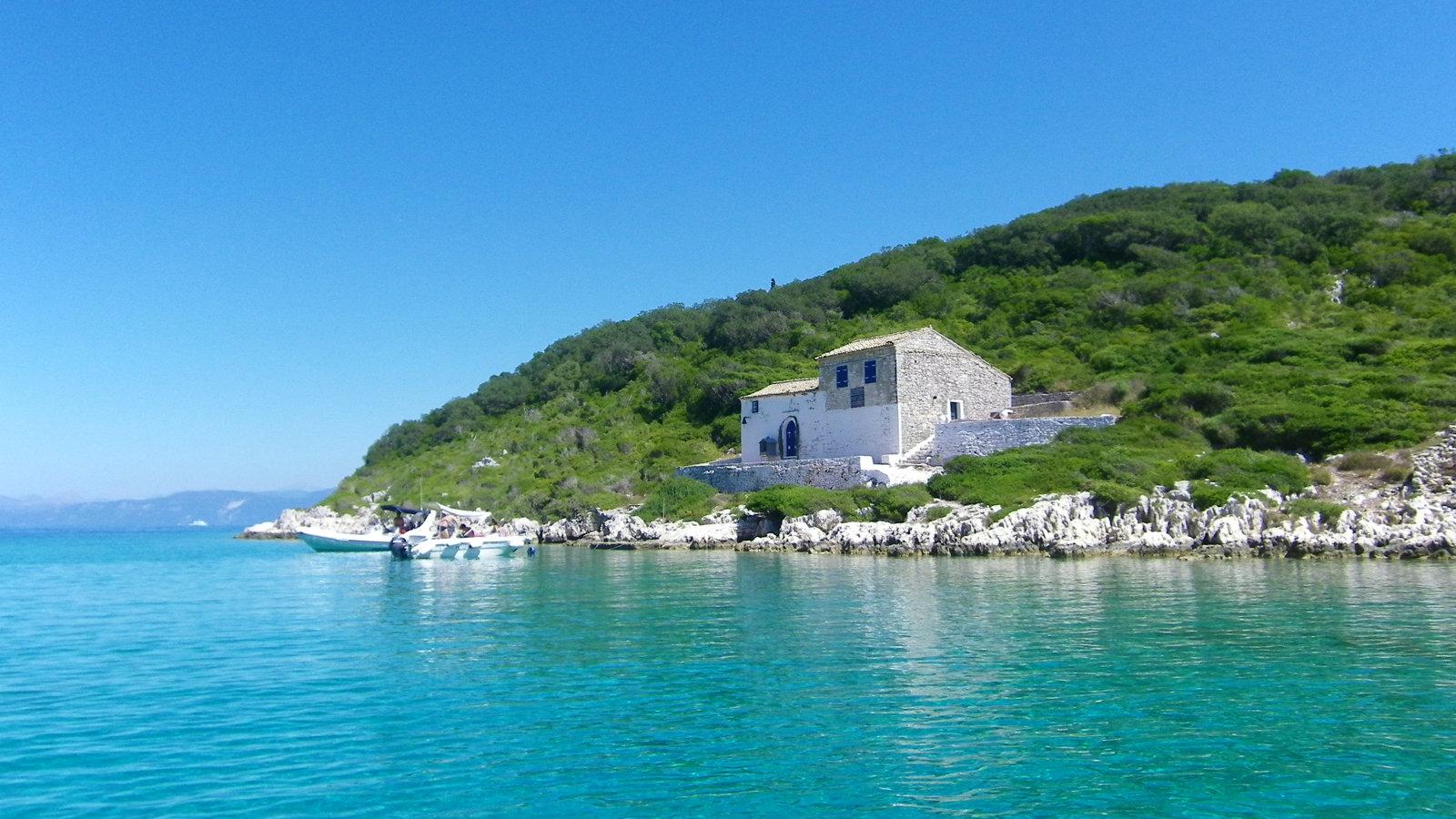 Paxos has always had many places of worship. In 1686 there were 39 churches, 45 in 1739 and 51 in 1781. Today there are 64 on the island, including 2 Palaiochristian churches from the 6th century (Agia Marina and Agios Stefanos in Porto Ozias). All contain many architectural and artistic features such as a temple made of marble, doors, windows, belfries, painted icons, valuable archaeological material and fantastic murals. These constitute a remarkable heritage for the island. 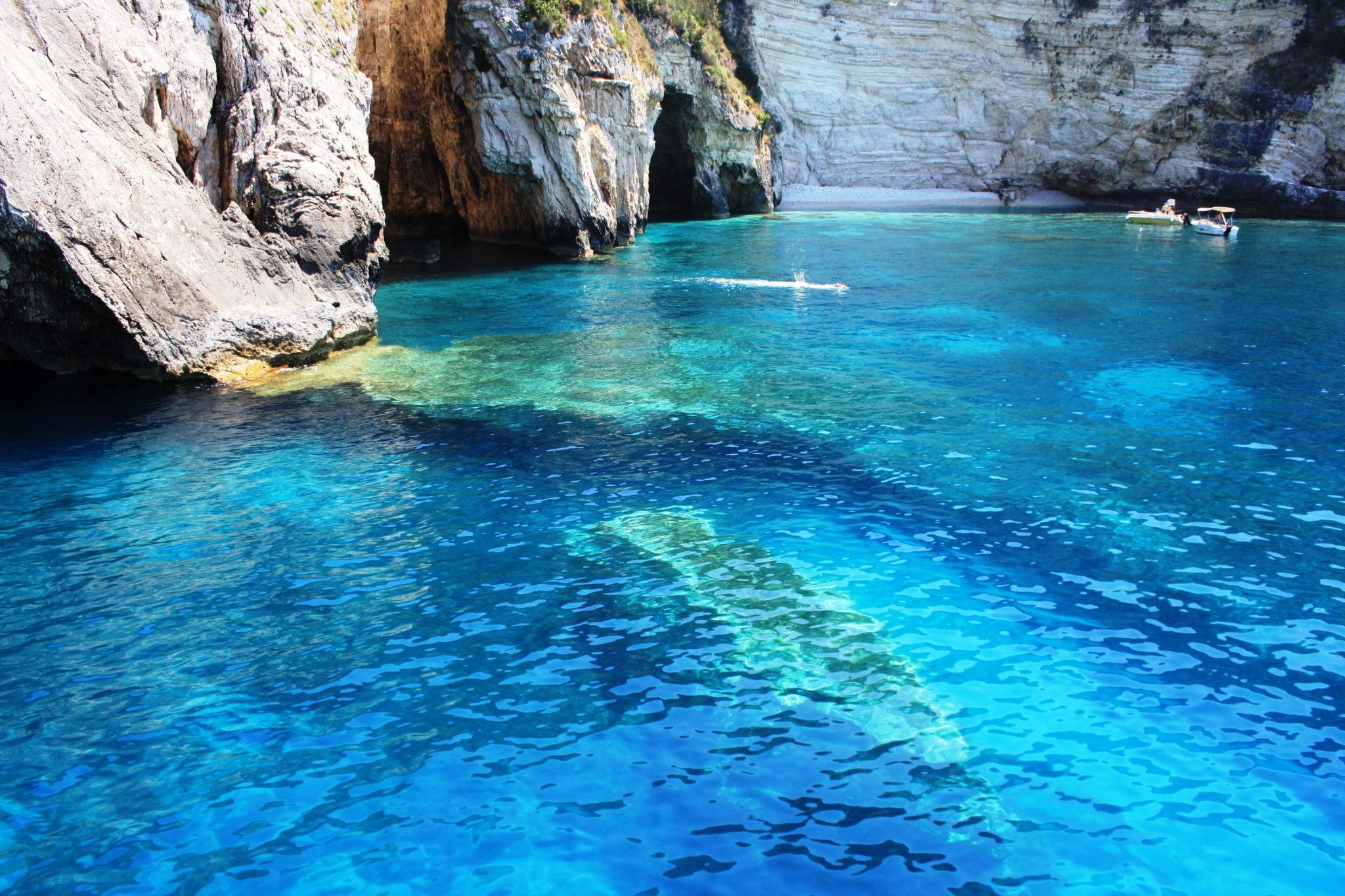 The absolutely magical caves in Mogonisi – the caverns of Niiridon beneath Athinagoras the bishop of Paramythia – the Trypitos forming a natural arch, the cliff of Mousmoulios, Ortholithos – a standing rock surrounded by the seas – Achai with a series of caves, the imposing cliff of Erimitis – the marvelous spectacle of the sunset from Agioi Apostoloi in Boikatika with a view of the cliffs and the cave of the Hypapanti a sight that nature has sculpted over time for us to admire and enjoy.

In a place that flourishes with beauty and where everything is submerged in a succession of green, it would not be complete without other elements contributing to health and well-being. The springs, known from ancient times in Paxos, spring from the ground and flow into the sea. Most are sulphurous springs that were studied in 1907 by the Italian physicist Martelli. Discovered by the locals, the springs were shaped as pools and have been in constant use up until present for their therapeutic attributes, especially for rheumatism. The most famous are in Ozias, Gianna and Glyfada.